Chat with us, powered by LiveChat

Tailor Made Ties: History and How it Came to Existence 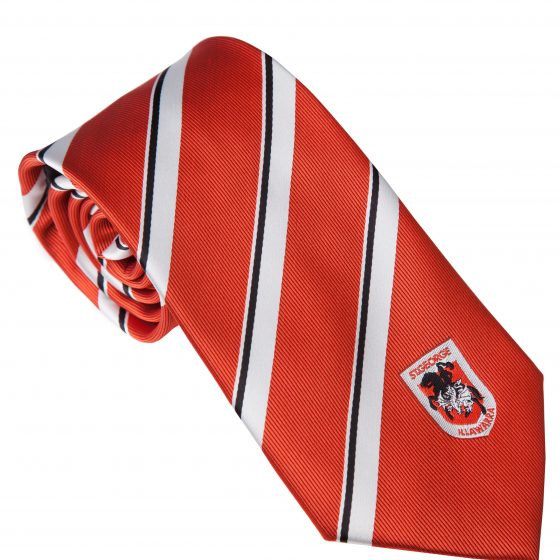 Tailor made ties are one basic accessories for men to complete a semi or formal outfit. You need corporate ties or tailor made ties to achieve that sleek and formal look. Let us take a look back into time and learn about where and who to thank for the modern tailor made ties we currently use today.

A PLAUSIBLE HISTORY THAT MAY HAVE STARTED IN CHINA

Qin Shi Huang’s ancient tomb was unearthed in 1974. He was China’s first Emperor, who died in 210 BC and was buried in a lavish manner. The legendary Terracotta Army was discovered alongside him.

Prior to Qin Shi Huang’s reign, it was normal tradition to execute the entire court upon the ruler’s death so that they may join him in the afterlife.

Because the population of Huang’s period had been devastated by conflict, terracotta warriors were sent into the tomb instead of real soldiers.

Surprisingly, these soldiers wore large scarves around their necks. Officers wore intricately wrapped neckcloths, while common troops wore what looked like a scarf tucked within their suit of armor.

TALOIR MADE TIES DURING THE 30 YEAR WAR

Early ties have little resemblance to the contemporary tie as we know it today. The necktie can be credited to the Croatians, but it was the French who made it the fashion staple it is today. The necktie has its origins in the 17th century, during the Thirty Years’ War (1618-1648). Croatian mercenaries were employed by the French, who wore traditional knotted neckerchiefs as part of their uniform. This was more practical than rigid collars for keeping the tops of their jackets together.

Croatian warriors were delivered to French King Louis XIV near the end of the war, and during his inspection, the king saw these neckerchiefs and took a strong fancy to them. According to the Dubrovnik Times, the boy-king began wearing these in 1846, when he was only seven years old. He termed the early neckties “La Cravate,” which is still the French word for necktie today, after the Croatians who originated the fashion piece. At royal gatherings, the king made cravats a requirement. The new fashion style spread like wildfire over Europe, thanks to the monarch and other aristocracy wearing cravats

As Europe evolved, so did ‘La Cravate.’ Instead of serving a utilitarian purpose for the Croatians, neckwear such as tailor made ties became a symbol of social rank. Nobles who wished to reflect power, money, elegance, and prestige used neckwear. The scarf became the most fashionable neckwear in the 1800s, while stocks, bandanas, and cravats were also popular. Beyond the expansion of the cravat into various articles of clothing such as scarves and bandanas, neckwear tying grew increasingly essential. Neckclothitania, a famous treatise released in 1818, listed the most popular ways to tie neckwear and the situations in which the various knots were appropriate.

Much of how we live now can be attributed to the Industrial Revolution. 80% of the world’s population was farmers prior to the Industrial Revolution, and most people didn’t possess anything created outside their community. Most people nowadays buy their food at the supermarket, and much of what we own is labeled “Made in.” The combustion engine, tap water, electricity, and practically everything else are all connected to the industrial revolution.

The Industrial Revolution had an impact on tailor made ties as well. This fashion style grew much more widespread when fabrics like cotton, linen, wool, and silk were able to be produced at a far more efficient and extensive rate than ever before and everyone wanted something unique that will set them apart from everybody so a  design own tie scheme was created. Bow ties and ascots became fashionable about this time. The Ascot takes its name from the Ascot Heath, an English horse race, and is the most formal sort of tie. It was the Royal Enclosure’s ceremonial morning neckwear at Ascot. Bow ties became fashionable among academics and physicians, as well as among the wealthy while wearing tuxedos.

Jesse Langsdorf, a New York tie manufacturer, invented a method of cutting cloth on the bias and sewing it in three pieces in 1926. This approach increased the fabric’s elasticity and made it easier for it to return to its previous shape.

The banded tie became increasingly popular in Europe at the turn of the twentieth century. Wearing a tie with the logo of an association, university, or other organization was also typical.

Because they wore a pant that was above the navel, ties were rather wide and short up until 1950. The Bold Look ties formed after the Second World War ended. Very wide ties, up to 13 cm wide, with interesting prints on a regular basis. This was done so that the tie would not be connected with a military tie, and so that no one would be reminded of those two awful wars.

The 1980s were a chaotic time for fashion, with significant movements like hip-hop, New Romantic, and Miami Vice sweeping the nation. The vivid and vibrant colors and patterns of the 1980s are remembered fondly. Wide ties became associated with older men during this time, while younger men began to wear narrower ties evocative of the 1950s. Novelty ties, with speciality prints and odd designs like the piano key tie and thousands of other colorful and quirky patterns, increased in popularity as well.

The tie styles of the 1990s were fairly similar to those of the 1980s, except they were wider. Paisleys and colorful flower prints became fashionable at the turn of the century. Business moguls like Bill Clinton and Steve Jobs ditched their full suits for more comfortable and casual attire in the 1990s, paving the way for business casual and corporate tie design.

CORPORATE TIE: INVENTING THE PAST WITH MODERN STYLE

We aim to provide our men and tailor made ties enthusiast the best tie that they can have. Today, personalization is crucial that is why custom ties and custom made ties are the new trend and we are on top of it. We only use high-grade materials for our ties. If you would like to know more about us and our services, explore our official website or contact us so we can assist you better.